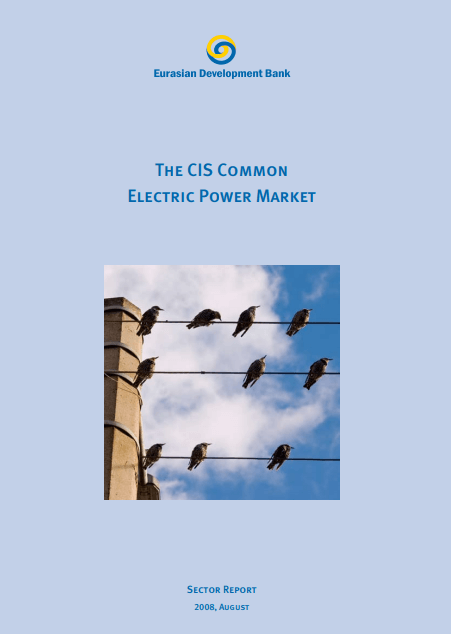 An effective electric-power industry is one of the most important infrastructural bases for economic growth. In turn, developed mechanisms for transborder trade and investments can considerably increase the total effectiveness and reliability of the electric-power industry. Work on the introduction of such mechanisms is carried out within the framework of creating the Common Power Market of the CIS. The following review covers the CPM’s prospects and potential obstacles to overcome.

The 1990s passed without much trace of activity and consequently mutual trade and investment levels in the CIS are very low today. Energy transmission between CIS countries has decreased by three to four times compared with the 1980s. Nowadays, statistics demonstrate the stagnation of energy flows between CIS countries. Imports and exports between them account for 5-6% of internal energy consumption. Overall, the CIS is a net exporter of electric power, however the absolute figures for both imports and exports are not significant. They do not reflect existing potential: with substantial deposits of coal and gas, huge hydro-energy potential and competitive advantages in power engineering, CIS countries should be realistically able to increase supplies.

The situation in the post-Soviet area is unique. Unlike the EU, North America, South America, South-East Asia and other macro-regions who wish to create a CPM, the USSR already had a single system, which was founded on a central administration. The CIS countries inherited a single set of technical standards from the USSR, as well as developed transborder capacity for transmission of electric power. Currently, the subject under consideration is creating an effective common electricity market based on market principles.

n its formation, the CPM may pass through four stages: (1) from individual national energy markets, (2) to a market, where transborder trade plays an important part, (3) to a regional market with common rules and finally (4) to a regional secondary or futures market.