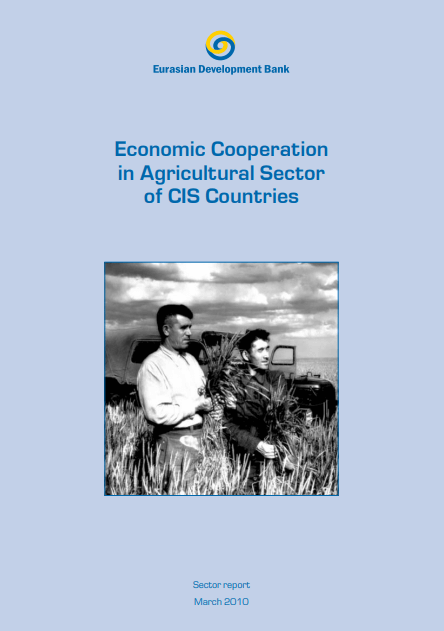 The share of agribusiness in GDP in some CIS countries Source: the national statistics agencies of Belarus, Kazakhstan, Russia and Ukraine The agricultural sector is responsible for national food security, and self-sufficiency in the domestic supply of farm production (or, at least, its basic items) is a sign of a healthy economy. Just as importantly, agricultural sector is the main source of employment in many CIS countries: despite the global trend towards urbanisation (which is also pronounced in the post-Soviet world), the majority of the population still lives in rural areas. Finally, agriculture and agribusiness have a multiplier effect on an economy. For example, according to the input-output balance of Russia, one rouble worth of farm produce generates 1.16 roubles in related industries: mechanical engineering, chemistry, extractive industries, transport and communications. Moreover, one million roubles worth of farm produce allows 23 new jobs to be created in related industries1. It can be safely said that, due to this multiplier effect, any measures to support agribusiness have a tangible anti-crisis effect. The definition of agribusiness is complex, and it is not really possible to discuss all issues relating to cooperation in this sector within the CIS in a single paper. Therefore, we have reduced the number of countries under review to four: Belarus, Kazakhstan, Russia and Ukraine. The rationale for our selection is as follows: