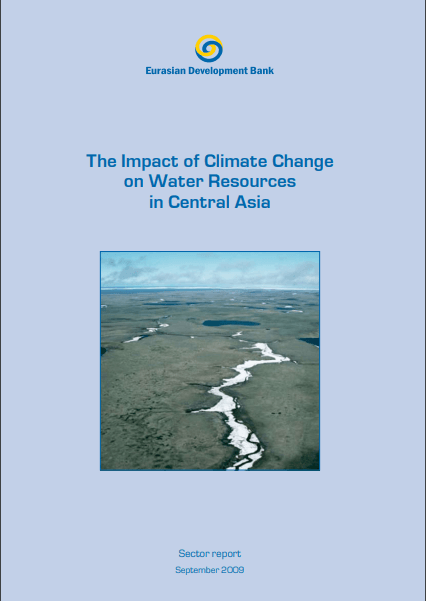 The Impact of Climate Change on Water Resources in Central Asia

Water shortages are considered to represent the main impediment to the development of Central Asian countries both under present-day conditions and for the future. The expected increase in water consumption is bound to stiffen competition for water both on regional and national levels between irrigation for farms, hydropower generation and other sectors of the Central Asian economy. Irrigation accounts for more than 90% of all water intake from the region’s rivers. The pressing need to preserve food and energy security is set to boost water consumption even further, thereby aggravating frictions between the states in the region. The problems associated with the exposure of the economy and the population to climate change are receiving increasingly close attention all over the world. Various scenarios regarding the consequences of climate change are being developed and scrutinised, and various methods are being proposed where it comes to addressing those consequences. Intensive climate warming is being recorded throughout Central Asia, and the forecast for the region’s water resources as a result of that warming suggests that none of the aforementioned scenarios envisages an increase in water resources. Calculations show that by 2050 the water runoff in the basins of the Amu Darya and the Syr Darya will dry up by 10 to 15 and by 6 to 10% respectively. Central Asian states are seeking ways to prevent or mitigate economic damage as a result of contamination and depletion of water resources. The states of the Aral Sea basin all face the task of enhancing more effective and economical use of water, management or water demand, and finding a compromise between the interests of upstream and downstream states. Moreover, there is the need to serve the requirements of both water users and ecosystems. A key purpose of a common integrated water resources management (IWRM) in the Aral Sea basin is a prerequisite to successful adaptation to climate change, efficient use and protection of water resources, switching to water-saving technology first and foremost in the irrigation of farmland, as well as expansion of international cooperation in the use of hydropower resources on both regional and national levels. The development and implementation of IWRM as a key tool is expected to ensure reliable and efficient national and regional water resources management in relation to current and pending climatic changes. It will help improve the mechanisms of rationalising the distribution of water resources, controlling demand for water, environmental protection, the quality of water and handling crisis situations.