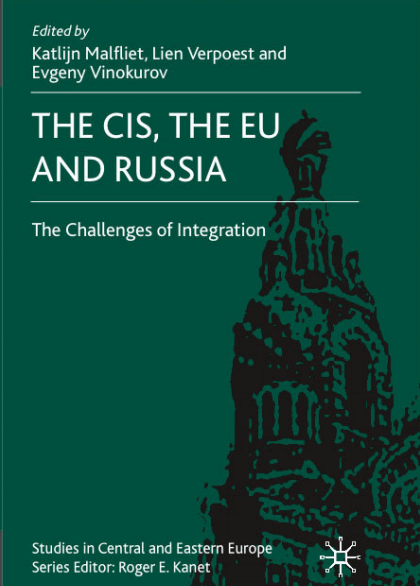 The CIS, the EU, and Russia: Challenges of Integration

The CIS, the EU and Russia focuses on the challenges of integration that face countries in the post-Soviet space, in particular Russia, Ukraine, and Belarus. The book explores these challenges and analyses the links between various integration mechanisms (including the EU), state policies and elite interests on the territory of the former Soviet Union.

While research on the EU policy of the post-Soviet states has been intensified in recent years, the CIS dimension has remained relatively under-researched. Furthermore, the EU and the CIS dimensions are normally treated separately. The aim of this project is to combine both dimensions under the angle of the integration processes and to analyse them as mutually dependent processes.

The book consists of three parts. The first, introductory part gives an overview of CIS integration since 1991 and the substantial role that Russia plays in this process up until the present day. The second part focuses on the post-Soviet states' relations with the European Union and 'soft' cooperational structures like the New Neighbourhood Policy. The third part combines the two vectors and sets out to detect patterns of integration that include both CIS and EU vectors. The main question that arises focuses on the compatibility of these integration patterns.