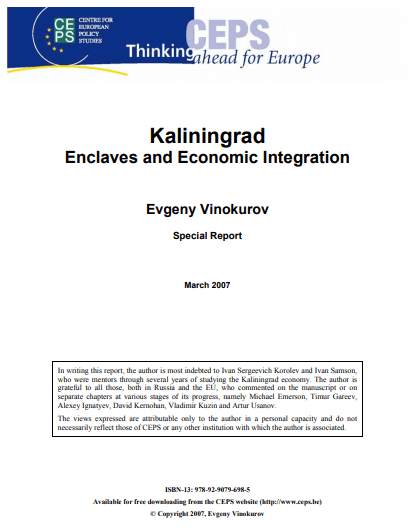 When the Soviet Union broke up, Kaliningrad suddenly found itself separated from mainland Russia by new frontiers. Hardly any other Russian region has been hit as hard by the economic disruption as Kaliningrad. The geographical situation of the region meant that it was more highly exposed to the destabilising effects of post-communist economic transformation. Since then, a dramatic trade opening has occurred, and regional trade and production have undergone profound changes. Kaliningrad has experienced a major shift in its economic orientation towards the tertiary sector and a new industrial orientation based on its position as an intermediary in EU–Russian trade. In short, that is what this report is about: the present and future economic development of this Russian enclave during its integration into the world economy, its place in the international division of labour and in the Russian–EU economic interface.

The major phenomenon relative to the economic development of the region is its enclave status. The report explores the specific features of enclave economies and specifically those of Kaliningrad. It argues that economic openness is a prerequisite for an enclave’s prosperity and the enclave should develop a multi-vectored orientation towards both the Russian market and the EU market, complementing industrial specialisation targeting the mainland with new features. Moreover, as economic integration – with the surrounding state or on a nondiscriminatory basis with the rest of the world – has significant positive effects on enclaves, the future of Kaliningrad’s regional economy and its specialisation is profoundly connected to Russian–EU relations and the prospects for their economic cooperation.