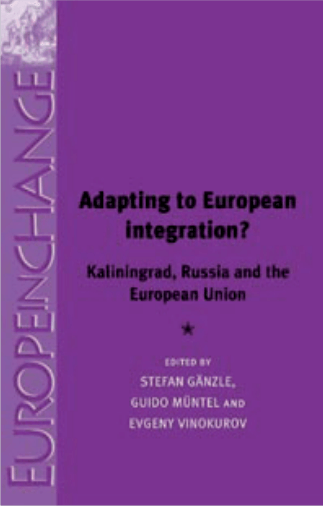 Adapting to European Integration: Kaliningrad, Russia and the European Union

Following Lithuania's independence and the dismantlement of the Soviet Union, the Kaliningrad region is now an exclave surrounded by EU member states. Departing from the analytical framework of Europeanisation, this book analyses the interaction between Russia and its Kalinin­grad region on one side, and their European partners on the other side, thus assessing the region's potential to serve as Russia's main opening to the EU.

How do EU relations 'feed back' into Kalin­ingrad's domestic arena, or, put differently, does Kaliningrad become 'Europeanised' - at least to some extent?  In particular, do EU standards and norms impact on the ex­clave and in what ways? The book not only offers thorough case studies of a number of policy areas affected by the EU (environmental, economics and higher education) it also refines our way of thinking about Europeanisation 'beyond' Europe.