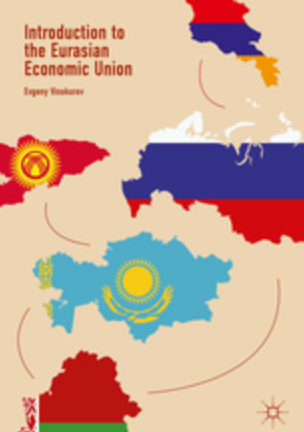 Introduction to the Eurasian Economic Union

The Eurasian Economic Union (EAEU), which includes Russia, Kazakhstan, Belarus, Kyrgyzstan, and Armenia, is a new but substantial regional organization. It has already incorporated a common external customs tariff (since 2010), a customs union (since 2011), a common labor market (since 2015), etc. An institutional environment has emerged to support and advance these processes, ranging from the Eurasian Economic Commission and the EAEU Court to the Eurasian Development Bank and the Eurasian Fund for Stabilization and Development. This major integration achievement also has several drawbacks and ‘stumbling stones’ — some due to Russia’s dominant position, some due to the authoritarian nature of political regimes, and some due to dependence on oil and gas exports. Hence, there is an objective need for a detailed qualitative and quantitative assessment of the Eurasian Economic Union.

The monograph aims to provide the reader with just such a detailed description and analysis of the EAEU. It has been written with the explicit goal of producing a Eurasian Economic Union primer for students and a general audience. Indeed, such a primer is sorely missed in the literature. In the seven years since the Customs Union was implemented and in the almost three years of the EAEU’s legal existence, not a single such book has been produced, perhaps due to the sheer scope of issues to be covered. This book features very comprehensive coverage, including the history of Eurasian integration, the macroeconomy of EAEU member states, an assessment of trade and investment links, a descriptive analysis of the EAEU Treaty, an analysis of Eurasian institutions, the sociology of integration, the EAEU’s emerging foreign economic policy, relations with the EU and China, the EAEU’s position on One Belt One Road policies, its mid-term policy agenda, etc. This breadth and level of analysis let us suggest that the book would serve as a reference on the Eurasian Union for a wide audience.

“The Eurasian Economic Union has become an important instrument in Russia’s regional and global strategies. Its history and mechanisms are here described very thoroughly and readably. A valuable handbook for scholars and diplomats. Evgeny Vinokurov is for sure the best person as an insider to explain it all to the outsider. Any future prospects for EU-Russian relations have to take this new regional integration organisation into account”.
— Michael Emerson, Centre for European Policy Studies, Brussels

Structure of the Book

The book has six chapters.

Chapter 1 is a brief excursion into the history of post-Soviet integration since the 1990s, including the disintegration processes of the 1990s and part of the 2000s. Everything started with the “civilized divorce” of the former Soviet republics and the responsible politicians’ and technocrats’ persistent attempts to save critical elements of trade, economic, and infrastructural relationships between countries. Several “integration false starts” — unsuccessful attempts to inaugurate economic integration — followed. In the end, this last attempt proved successful: the book outlines the path from the Customs Union Commission and enactment of the Common Customs Tariff to the signing of the agreements on the Single Economic Space and, finally, to the enactment of the Treaty on the Eurasian Economic Union.

Chapter 2 begins with a brief description of member states’ economies and their dependence on the largest economy of the region. Russia’s enormous influence in the Union, both in terms of economy and population, presents certain challenges to the integration project (but it also creates several opportunities that promote stability). Importantly, the raw material dependence of the Union’s economy, whether direct or indirect, has huge significance for common trade policy and the building of common markets. Next, I briefly characterize the high density of economic ties to justify the need for integration, separately considering indicators of economic convergence and trends in public opinion regarding questions of economic integration.

Chapter 3 presents a detailed description of EAEU institutions — mainly the Supreme and Intergovernmental Councils, Eurasian Economic Commission, as well as the EAEU Court, Eurasian Development Bank, and the Eurasian Fund for Stabilization and Development. The underlying document — the EAEU Treaty — is examined in detail.

Chapter 4 examines the common markets for goods, services, labour, and capital. The common market is the “heart” of the integration project. The book examines trends in mutual trade and mutual investments. It evaluates the progress of eliminating exemption from the common singularly important question of unifying and minimizing trade barriers.
I describe how the single labour market is set up, how it functions, and what its constituent parts are (a question that affects the lives of millions of migrant workers and their families every day). Finally, the text sets forth approaches for coordinating the currency, budgetary, and monetary policies of EAEU member states.

Chapter 5 addresses the EAEU’s foreign economic relationships: its expansion, the forming network of free trade zones, and relationships with the European Union, United States, and China.

Chapter 6, the concluding chapter of the book, provides an understanding of the theory and ideology of Eurasian integration, its objectives in the coming years, a set of international comparisons, and a brief discussion on the difficult challenges that the EAEU is likely to encounter.
I would also like to draw the reader’s attention to the Appendix. It is a chronology of Eurasian integration for 1991–2017 (with approximately one page per year), in which I highlight the most significant economic and political events.