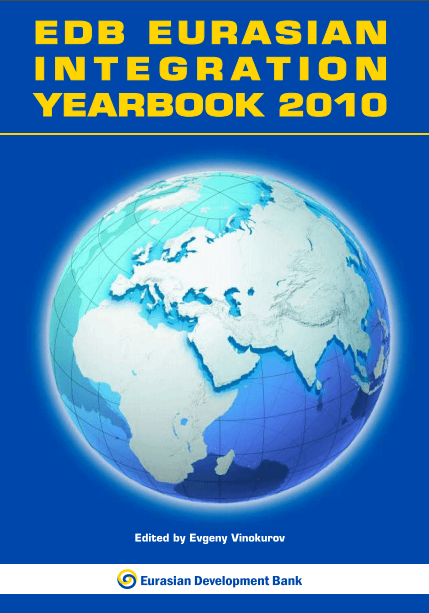 2009–2010 are marked by a major breakthrough, namely the establishment and beginning of operation of the Russia–Kazakhstan–Belarus Customs Union (CU), the establishment of the EurAsEC Anti-crisis Fund, as well as the announcing of the goal to move the Single Economic Area (SEA) forward by 2012. Russia, Kazakhstan, and Belarus drew closer in the context of the Eurasian Economic Community (EurAsEC), Shanghai Cooperation Organisation (SCO), and the Common Security Treaty Organisation (CSTO) major projects and initiatives, most importantly the Customs Union. These three countries constitute the integration core of the post-Soviet space according to the comprehensive System of Indicators of Eurasian Integration, managed by the Eurasian Development Bank (see Vinokurov, 2010). The creation of the Customs Union became the first major systemic integration initiative to make it as far as implementation. The package of documents was signed at the EurAsEC Interstate Council in Minsk on November 27, 2009. The common external tariff became operational on January 1, 2010, and the common customs territory is to become functional on July 1, 2010. The deepening and widening of the union is being considered, as the heads of state envisage the development of the single economic area by 2012, and both Tajikistan and Kyrgyzstan have expressed interest in acceding to the Customs Union. Also, importantly, the CU Commission might come to represent the first truly supranational institution in the 20 years of the postSoviet attempts at reintegration in the region. Кazakhstan’s President Nursultan Nazarbayev, a vocal and consistent proponent of integration initiatives in the post-Soviet space, proposed an economic rationale for the emerging customs union: “We need to open up our market for each other to promote the innovational industrialisation of our countries. This cooperation is mutually beneficial” (Nazarbayev, 2009). Nazarbayev concludes that integration processes should continue under