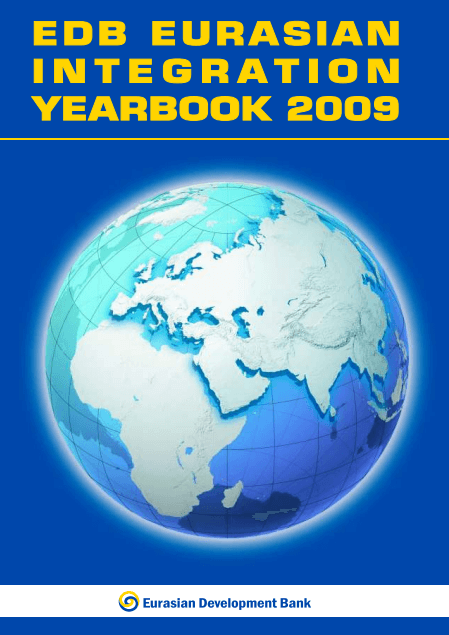 The on-going crisis has triggered qualitative changes in the global political and economic architecture. Separate elements of global economic and financial reforms are already visible. In particular, the process of G20 institutionalisation, which reflects the growing weight of developing economies, has finally begun. Following a slowdown of operations over the last decade, the role of IMF has increased rapidly, as the institution finds itself at the forefront of helping many national economies survive. The idea of the world reserve currency is actively discussed and IMF’s SDRs are the most commonly mentioned option. Furthermore, for better or worse, a global financial regulator is likely to be established. There is less substance on the level of post-Soviet regional integration. The EurAsEC Anti-Crisis Fund, designed to help less developed countries of the region stabilise their economies and launch important transborder integration projects, stands out. Also, Russia’s massive financial aid to its neighbours, in particular Belarus, Kyrgyzstan, and Armenia, is worth mentioning. At the same time, the wave of protectionism is gaining ground as countries resort to any means available to counteract their shrinking GDP. Unfortunately, there is high probability that the crisis will not push the countries of the region toward qualitatively new parameters of comprehensive economic cooperation and a more efficient mode of the realisation of the vast integration potential. In general, a global economic crisis is unlikely to affect integration in a critically damaging way. However, the introduction of protective measures in support of domestic producers by a number of countries sends a troubling message. The consequences are dire. On balance, the crisis bears in itself more threats than opportunities for the consequential development of regional economic integration. For the post-Soviet countries, which are not even bound by the WTO rules, protectionist policies are all too tempting. However, the immediate gains conflict with the requirements of optimal foreign trade policy. Recent years witnessed very promising developments along the ‘bottom-up’ approach to integration based on market economy principles – namely the rapid growth of mutual trade and investments, corporate expansion across the border, the nascent Eurasian transnationals, the technological alignment.