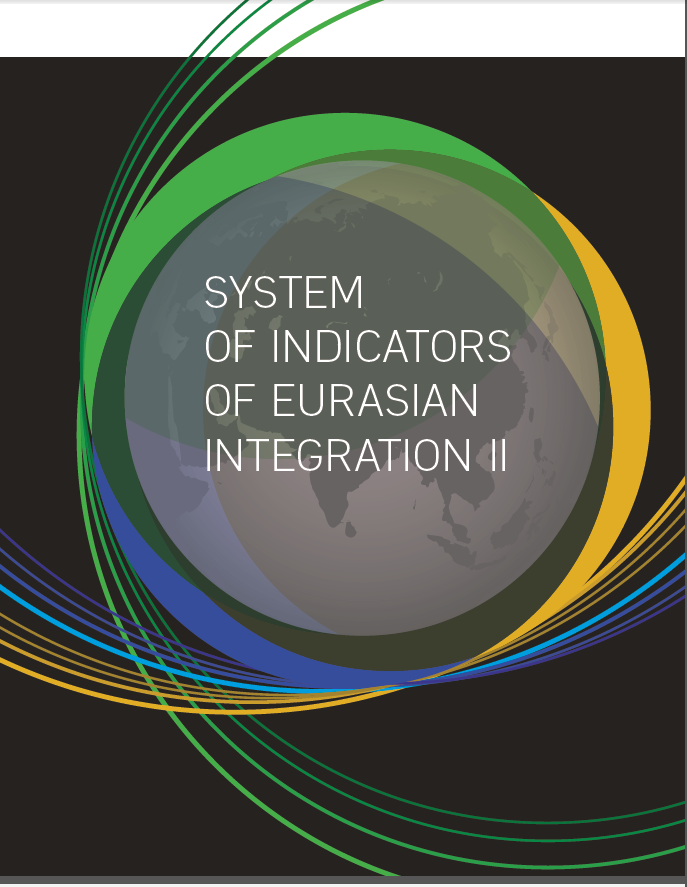 System of Indicators of Eurasian Integration

This report is a continuation of the permanent project “System of Indicators of Eurasian Integration” (hereinafter SIEI). The project is implemented by the Eurasian Development Bank’s Center for Integration Studies and is aimed at contributing quantitative analysis of short-, medium- and long-term regional integration trends. This study represents monitoring and system of evaluation of dynamics and vectors of Eurasian integration. The project is based on official statistics data for 1999-2012. SIEI of the EDB is globally recognized as one of the two best major systems for the detailed analysis of regional integration. Apart from an academic instrument, it may be used as an applied instrument in politics, in which regional integration organizations and state authorities may be interested. One of the main project features lies in simplicity of the indicators used: calculation of integration indices is based on the data of national and international statistical services. Besides, integration analysis covers numerous fields of countries’ cooperation: from macroeconomic policy to academic mobility.

The first edition of the System of Indicators of Eurasian Integration was published in 2009 and included analysis of dynamics of integration processes for 1999–2008. The current edition is a continuation of the 2009 project and represents analysis of a long-term integration trend in countries and groups of countries of the post-Soviet space for the entire period from 1999 to 2012. During the analysis of a number of indicators individual attention is also paid to the short-term dynamics from 2009 to 2012.

As part of the SIEI, integration between pairs of countries of the post-Soviet space is evaluated. Besides, the issue of the degree of integration of each country with groups of countries such as CIS-12, EurAsEC-5, SES-3 and CA-4 is examined. The level and dynamics of integration inside these sub-regions is also the subject of evaluation.

The system of indicators comprises two blocks of indices corresponding to main aspects of regional cooperation: market integration (six indices) and convergence of economic systems (four indices). Besides, the calculation of generalized indices enabling to evaluate in general the picture of regional integration processes in the post-Soviet space is made.

Analysis of the dynamics of SIEI indices from 2009 to 2012 and in general for 1999-2012 enables to make the following conclusions: