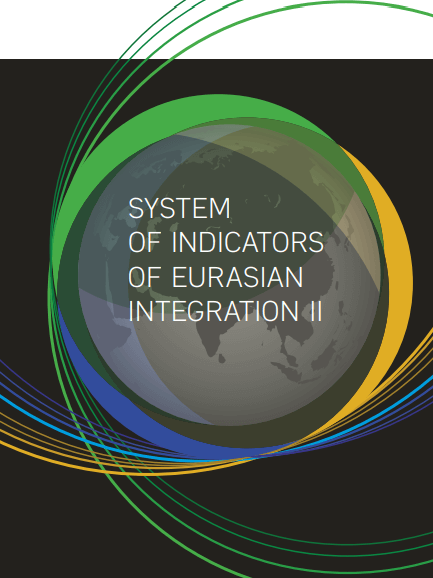 This report presents the results of the study performed in 2014 as part of the EDB project “System of Indicators of Eurasian Integration” (SIEI). The study concerns the measurement and analysis of the long-term dynamics of integration processes in the post-Soviet space. It covers eleven CIS countries plus Georgia from 2009 to 2012 and it continues the 1999–2008 analysis that was carried out in 2009.

One of the main conclusions reached by the authors team is that integration in the post-Soviet space progresses at an uneven pace in its different areas, but the level of integration in the framework of main subregional groups in the CIS space has generally remained virtually unchanged for the last four years. That means that the permanent disintegration trend observed over two decades might have been reversed, but the qualitative breakthrough point has not been reached.

Based on indicators relative to the countries’ GDP and population size, the leaders in certain aspects of integration with the CIS region include Belarus (trade), Kyrgyzstan (power exchange), Tajikistan (labour migration and agriculture), and Turkmenistan (education).All the information about methodology and results of the research is available in analytical summary and full version of the report.