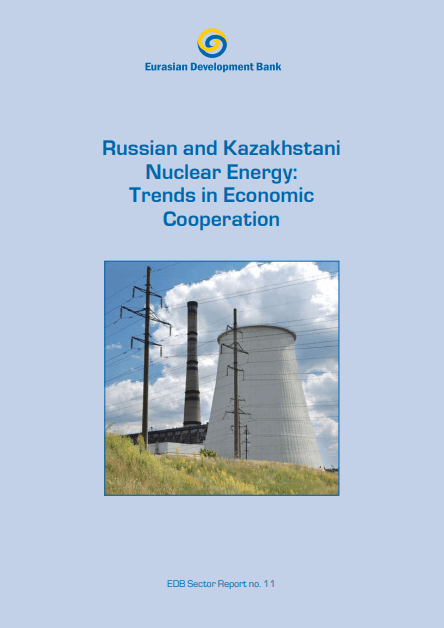 Developing countries are the main driving force behind the development of nuclear power. The strong political and economic ties between Russia and Kazakhstan could help them in their quest for leading positions in the global nuclear market. In the near future, cooperation with Russia could enable Kazakhstan to emerge not only as an international supplier of raw materials but also as a nation that has mastered the full nuclear fuel cycle. Russia, in turn, will benefit equally greatly from access to cheap Kazakh uranium. The purpose of this review is to follow up on the EDB’s 2008 study of integration processes in the nuclear energy sector of Russia and Kazakhstan (Vinokurov, 2008). Particularly, we will focus on the two countries’ initiatives in peaceful uses of nuclear energy, and evaluate the progress of the integration projects mentioned in the previous paper. We also provide an overview of the world nuclear market and Kazakhstan’s uranium industry, elaborating on the roles of the Kazakh national nuclear company Kazatomprom and Russian State atomic energy corporation Rosatom, as main representatives of the countries on the international nuclear market. Finally, we give an overview of the current status and prospects of the nuclear energy sector in Russia and analyse some Russian-Kazakh bilateral and multilateral cooperation initiatives in nuclear sector.