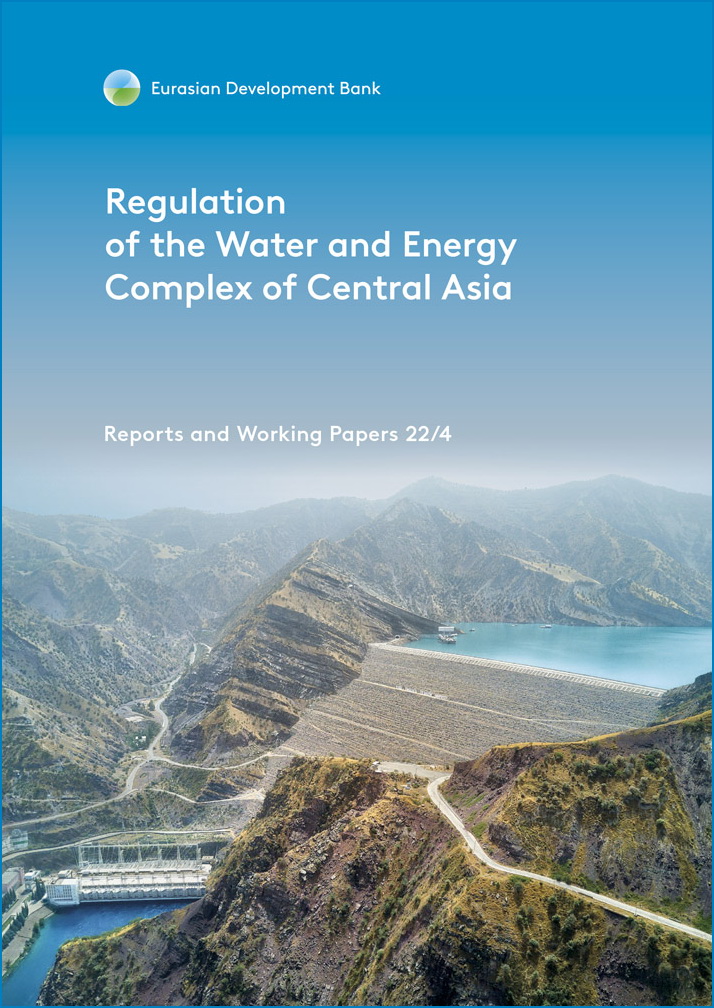 Regulation of the Water and Energy Complex of Central Asia

The Eurasian Development Bank has published a report Regulation of the Water and Energy Complex of Central Asia.  The report scrutinises historical data and international experience to suggest five institutional solutions for effective regulation and development of Central Asia’s water and energy complex that would benefit all countries of the region.

Effective water and energy resources management in the Aral Sea basin is of strategic importance to the Central Asian countries. 81 per cent of the region’s population lives within the basin. The issue of water resources sufficiency and depletion has been on the agenda since the mid-1980s. All climate models indicate high probability of further deterioration of the situation. The reason is not only global climate change, but also a projected population’s growth accompanied by urbanisation and agriculture and industry development. Water stress continues to strengthen and will increase by 2.8 times in some regions.

In this context, the efficient water use becomes strategically important to the sustainable development of Central Asia. However, water-use efficiency indicator in the region’s countries varies from $0.84 per cubic metre in Kyrgyzstan to $7.2 in Kazakhstan, averaging $2.5 for the whole region, which is eight times less than the word’s weighted average of $19.01 and could be considered as a critically low level.

There are two key reasons for the region’s low water and energy use efficiency and the resulting high economic costs – underinvestment in the water and energy complex and insufficient regional cooperation among Central Asian countries.

EDB analysts have completed a comprehensive review of the current challenges and costs and concluded that regional integration and an effective joint water and energy resources management could bring significant benefits to all Central Asian countries. Since 1992, the Central Asia’s states have made repeated attempts to establish effective regulation of the water and energy complex by signing multilateral and bilateral regional agreements and setting up regional alliances as well as to resolve the issue of joint management of the region’s water and energy resources. However, none of these attempts achieved its goals.

Now a window of opportunity may have opened for significant progress in cooperation relating to the joint water and energy resources management in Central Asia, and this process is supported by the heads of state. Regionalisation in Central Asia has seen a noticeable boost with Uzbekistan’s new policy of confidence-building among the region’s countries. Kassym-Jomart Tokayev, President of Kazakhstan, emphasised the need for an International Water and Energy Consortium establishment. On a bilateral basis, cooperation has intensified between Uzbekistan and Kazakhstan as well as Uzbekistan and Tajikistan (in particular, on co-financing the construction of the Rogun HPP and two HPPs on the Zeravshan River and restoring parallel operation of national grids, including through the Central Asia Power System). Kyrgyzstan, Uzbekistan and Kazakhstan are considering the possibility of implementing the Kambarata HPP 1 project on a shared basis. Kazakhstan and Tajikistan are discussing closer cooperation in the development of their power systems. Strengthening regional cooperation in Central Asia is an opportunity to reformat the architecture of relationship in the water and energy complex in order to bring a joint solution to the growing scarcity of water and energy resources.

The report proposes modern and comprehensive solutions. It presents an assessment of the state of water resources in Central Asia against the backdrop of climate change, scrutinises the evolution of all forms of regulations in the water and energy complex, from the Soviet period to the present, and examines international best practices. For example, it explores joint construction and financing of large hydro-electric facilities in the Senegal River basin, which received top rankings in the authoritative Water Peace Index.

All these proposals have been peer-reviewed and discussed with the relevant governmental authorities of most of the Central Asian countries at working meetings and within the Bank’s expert club.

You can also view the report Regulation of the Water and Energy Complex of Central Asia at the EDB website.