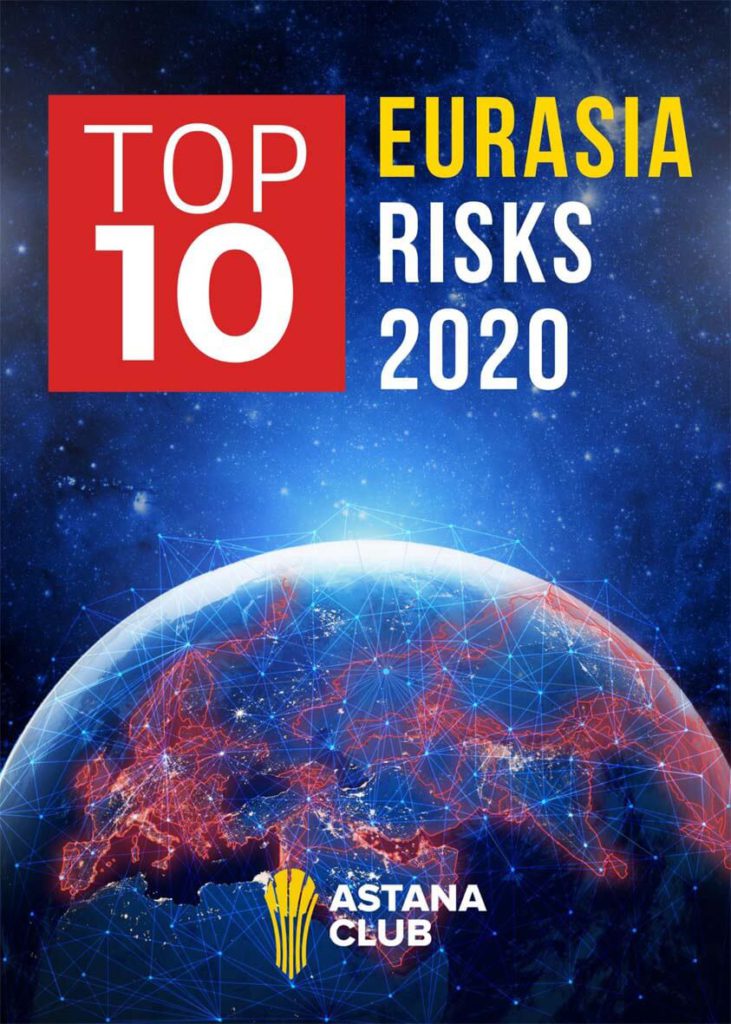 The Risk Rating “Top-10 Risks for Eurasia in 2020” was presented at the fifth meeting of Astana Club under the guidance the First President of the Republic of Kazakhstan Nursultan Nazarbayev. 40 global experts participated in constructing and discussing the risk rating. The survey covered 1100 participants from 70 countries.

The experts are most concerned about the geopolitical and economic challenges. The presidential elections in the US may become a trigger for major global changes. Its leading position in the rating reflects the growing concerns about unilateral actions in American foreign policy, which bring series of new uncertainties in global politics. As predicted in the Rating of Risks for Eurasia 2019, the consequences of the US-China trade war had a significant impact on the global economy. Moreover, the ripple effects of the trade conflict are increasing the risk of a global economic recession. In contrast to the 2019 rating, the global arms race is expected to exacerbate in 2020 as a result of the collapse of a number of international nuclear disarmament agreements.

1. Aftershocks of the US presidential election in 2020.

3. Escalation of confrontation between the United States and China.

4. A new stage in the global arms race.

5. Aggravation of the struggle for technological dominance.

7. Nuclear crisis on the Korean peninsula.

8. A new surge in terrorism.

9. The wave of aggressive nationalism and populism.