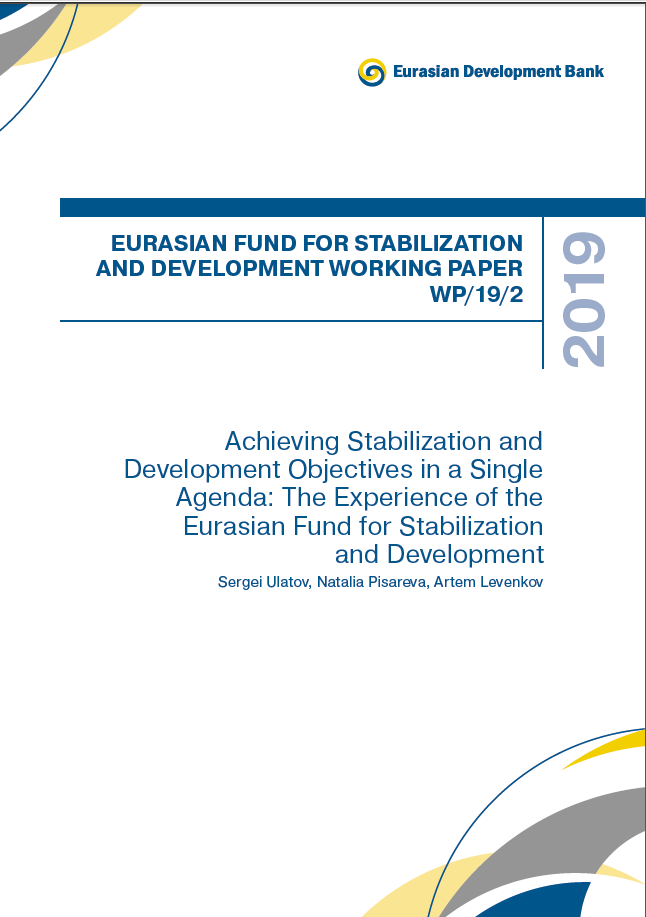 Achieving Stabilization and Development Objectives in a Single Agenda

The experience of the EFSD in the last 10 years has raised important questions about the developmental role an RFA could play for low income or less-developed countries. Even though other RFAs do not have a development mandate, the EFSD’s operational model inspires the RFAs to reflect on their collaboration with global and regional development partners. This experience could be particularly appreciated by RFAs which provide support to low income or less-developed countries facing longer-term structural and institutional challenges.

The EFSD experience suggests that in the context of low-income and less developed countries the stabilization mandate of an RFA may benefit from complementing it with developmental agenda. This came from understanding that without structural and institutional transformation as well as infrastructure and human capital development economic growth in those countries is likely to be excessively volatile and less inclusive, while external vulnerability is unlikely to decrease.

Development needs of such countries are vast while their internal resources to deal with development challenges are scarce. Given that resources of traditional multilateral development banks to meet these needs and willingness of the private sector to accept long-term risks are limited, an RFA could be an important contributor to development agenda in its respective region. This is relevant both for crisis and non-crisis periods.

If a number of member-countries of an RFA is relatively small (the case of the EFSD), it is feasible for an RFA to generate internal capacity and expertise, which will be sufficient to provide targeted and effective support for both stabilization and development needs of its member states.  It is also possible to streamline internal procedures and practices so to avoid conflict of interest and reach needed synergy between crises related, policy-based and infrastructure lending, and grant programs.

The paper benefited from the contribution provided by colleagues from other RFAs and institutions, including the European Stabilization Mechanism, Latin American Reserve Fund, European commission, and ASEAN+3 Macroeconomic Research Office. This collaborative exercise demonstrated the strong commitment of RFAs to continue building a substantive dialogue and to ensure an effective exchange of ideas and best practices.

You can also view the report on the EFSD official website.