Home › Eurasia › Eurasian Economic Union and Post-Soviet Eurasia › The Post-Soviet Integration Breakthrough. Why the Customs Union has more chances than its predecessors
← PrevNext → 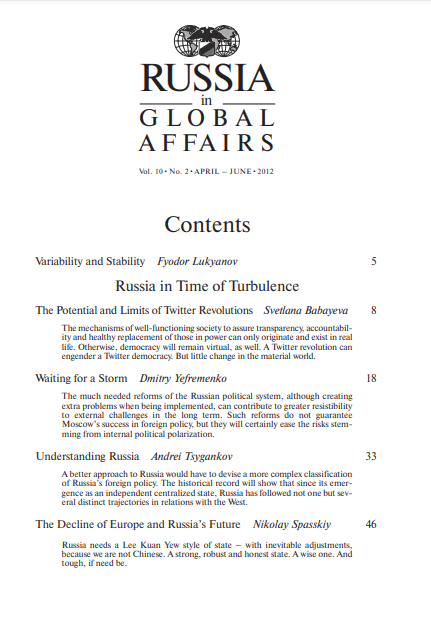 The Post-Soviet Integration Breakthrough. Why the Customs Union has more chances than its predecessors

Vinokurov E., Libman A. (2012) The Post-Soviet Integration Breakthrough. Why the Customs Union Has More Changes to Succeed Than Its Predecessors. Russia in Global Affairs, May-June, pp. 154-163.

The former Soviet republics have signed a great number of agreements, treaties and initiatives within a span of two decades since the breakup of the USSR. However, none of the “post-Soviet integration” bids proved capable of ensuring real cooperation among the states in the region. The fact was fairly obvious to everyone, above all to the states directly involved in the integration projects. Against this background, a fundamental change in the situation that occurred in the past three years came unexpected to analysts. The Customs Union of Russia, Belarus and Kazakhstan, launched in 2010, has become the first integration alliance where the partners meet their commitments notwithstanding the high costs it involves. The intention to set up a Eurasian Economic Union by 2015, announced last November, looks far more realistic than a majority of similar past resolutions. What changes have taken place in the post-Soviet space to make such projects realistic? Can we expect these initiatives to feature a steady growth? Are the objectives ambitious enough to meet the challenges facing the post-Soviet countries? And will their implementation help these countries take advantage of the opening economic development opportunities?