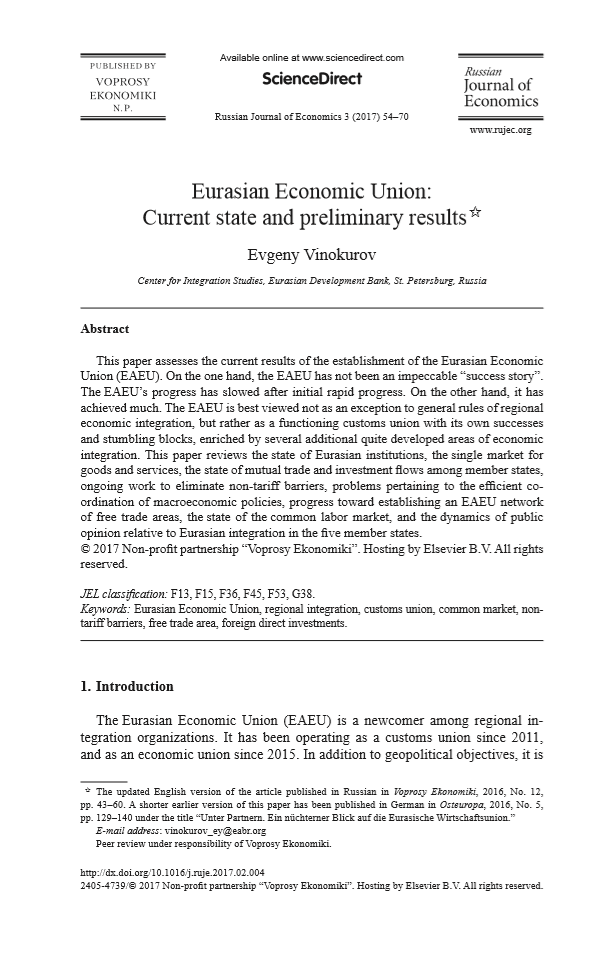 This paper assesses the current results of the establishment of the Eurasian Economic Union (EAEU). On the one hand, the EAEU has not been an impeccable ‘success story’. The EAEU’s progress has slowed after initial rapid progress. On the other hand, it has achieved much. The EAEU is best viewed not as an exception to general rules of regional economic integration, but rather as a functioning customs union with its own successes and stumbling blocks, enriched by several additional quite developed areas of economic integration.

This paper reviews the state of Eurasian institutions, the single market for goods and services, the state of mutual trade and investment flows among member states, ongoing work to eliminate non-tariff barriers, problems pertaining to the efficient coordination of macroeconomic policies, progress toward establishing an EAEU network of free trade areas, the state of the common labor market, and the dynamics of public opinion relative to Eurasian integration in the five member states.