Home › Eurasia › Economy of the Eurasian Continent › The Economy of Central Asia: A Fresh Perspective
← PrevNext → 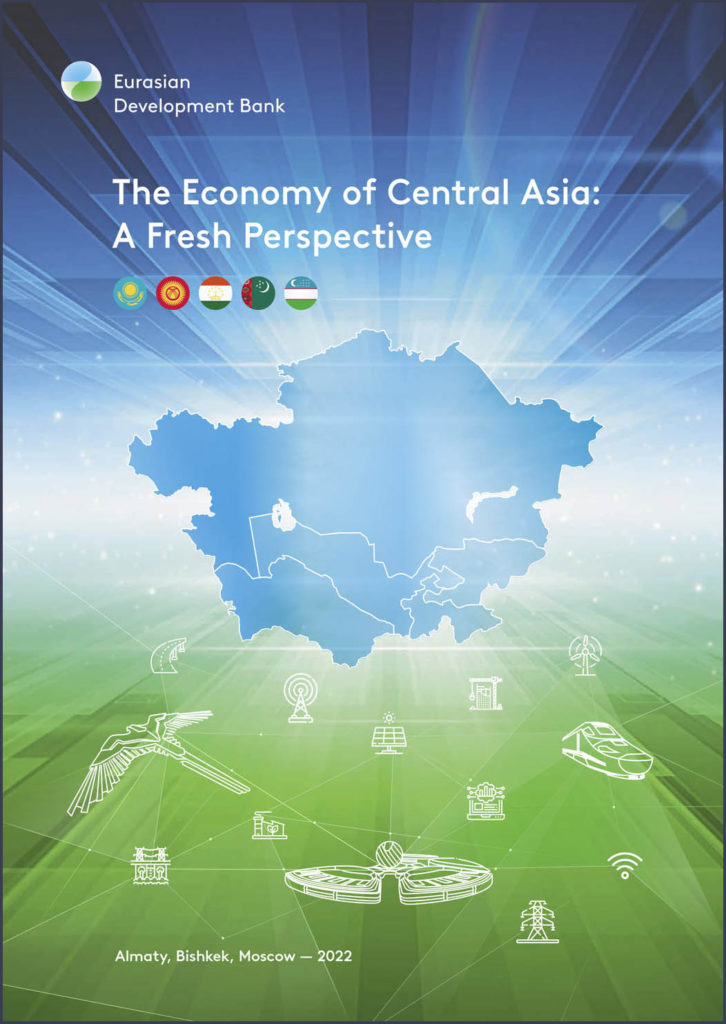 The Economy of Central Asia: A Fresh Perspective

A new report by the Eurasian Development Bank focuses on structural changes in Central Asian economies. Over the past 20 years, Central Asian countries’ GDP has grown more than sevenfold, and at an average rate of 6.2%, which is faster than in developing countries and more than twice as fast as the world as a whole. Central Asia’s strategic role in wider Eurasia will increase, as will its importance to its immediate neighbours and key economic partners, Russia and China. The region’s countries have a historic opportunity to take advantage of their transit potential and to approach external markets through their emerging international transport corridors. Coordinated development of the water and energy complex, including green energy, also present significant opportunities for growth. Integration initiatives have significant potential to stimulate economic growth, with infrastructure integration being especially important.

The Eurasian Development Bank has published a report The Economy of Central Asia: A Fresh Perspective. The report provides a renewed perspective on Central Asia as a large, dynamic and promising economic region and analyses its current structural changes and major growth areas.

EDB analysts studied the characteristics of the region’s countries, their prospects for cooperation and their development potential. The states have established themselves economically and have wide-ranging growth potential. Central Asia’s aggregate GDP totals $347 billion. Over the past two decades this has increased by a factor of 7.5. Since 2000, the region’s share of global GDP at purchasing power parity has grown by 1.8 times. Its population of 77 million has increased by a factor of 1.4 since 2000, forming a capacious sales market and an expanding pool of labour resources. Demographic data suggest that the workforce will continue to grow in the future.

The average annual economic growth rate for Central Asian countries has been 6.2% over the past 20 years compared to developing countries’ growth rate of 5.3% and the world average of 2.6% per year. Increases in export revenues, migrant workers’ remittances and foreign direct investment have fostered income growth and reduced poverty. In most countries of the region, GDP per capita at PPP increased threefold. In 2021, the region’s foreign trade in goods totalled $165.5 billion, a sixfold increase over the past 20 years. Mutual trade between the countries is growing even faster than their total foreign trade.

Inward FDI stock in Central Asia totals $211 billion. Over the past 20 years, this figure has increased more than seventeen-fold. While FDI in the region is growing, its structure, both country- and sector-specific, reflects certain challenges. The lack of openness of some of the countries, their remoteness from major economic centres and the fact that countries have no access to the world ocean continue to affect international investors’ perception of the region. The ratio of FDI relative to GDP, excluding investment in the commodity sectors, is below the global average, indicating that the region is underinvested. In particular, about 70% of FDI stock in Kazakhstan, the region’s main recipient of foreign investment, is in the oil and gas sector.

Sustainable development in Central Asia requires a balanced approach to attracting external funding – through strengthening and promoting good relations between the region’s countries and implementing the regional programmes of international organisations and development banks. It will also require FDI in non-commodity sectors and for the countries to harness the potential of domestic savings.

Mutual trade between Central Asian countries as a proportion of their total trade has been steadily growing. Over the past eight years, the share of mutual commodities trade in Central Asia’s total foreign trade has gone up from 6.4% to 9.9%. Uzbekistan’s trading activity has given a significant boost to regional trade figures since 2017.

EDB analysts note that, despite the progress, there are still problems that hinder the socio-economic development of Central Asian countries. Commodity exports and migrant workers’ remittances continue to play a major role in the region’s economies. Other significant issues include the quality of the institutional environment, bottlenecks in regional transport networks, social issues, macroeconomic risks and insufficient harmonisation in regional trade and economic relations.

The region’s countries need to overcome four key structural challenges: lack of access to the sea, resource dependence and the low level of development of the financial sector, lack of coordination in management of the water and energy complex, and climate change. EDB researchers believe that, through concerted effort, Central Asian countries will overcome structural development problems. Increasing pressure on the energy system during a period of strong economic growth and the fact that the countries share river basins leave little option other than to cooperate in water and energy. Equally important are coordinated efforts to develop transport infrastructure and combat climate risk. Eliminating infrastructure bottlenecks will help to promote economic productivity, trade and economic partnerships with neighbouring countries, and encourage diversification of production and exports.

Analysts at the EDB note that the lack of cooperation in the water and energy complex results in economic loss. The structure of the investment portfolio is far from optimal, as it disregards regional interests. Proposed investment in Central Asia’s water and energy complex is estimated at $52.8 billion, predominantly in electricity generation. Water infrastructure has reached the end of its operational life and needs to be upgraded.

Transport infrastructure develops dynamically and population mobility has increased. Railways and paved roads are being extended, and new Caspian seaports, airports, transport and logistics centres and border crossing points have been built. Population mobility has changed dramatically, more than tripling between 2000 and 2019 (before the pandemic). North-south and west-east transport corridors and routes give the region a unique opportunity to be revived as a transit crossroads and form the Eurasian transport network.

The region is among the most vulnerable to climate change. Environmental problems worsen living conditions, hinder economic development – especially in agriculture – and reduce the region’s appeal to investors and tourists. The region’s economies, therefore, need green transformation and investment in low-carbon technologies and green projects.

You can also view the report The Economy of Central Asia: A Fresh Perspective at the EDB website.