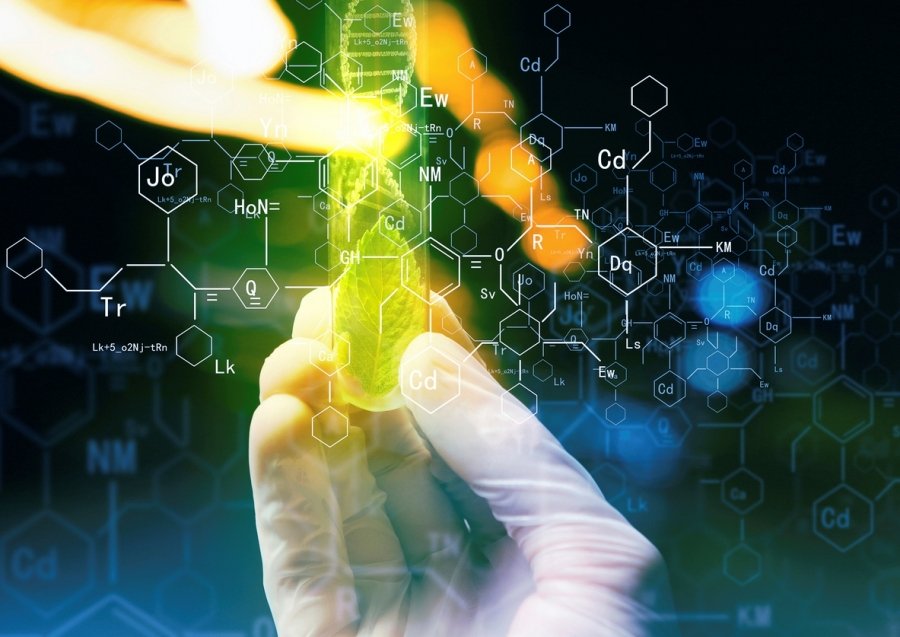 Once every couple of years, a new big theme overflows the world – one that surfaces a new megatrend and entirely transforms the global agenda. It happened with digital technologies in 2019, and then with the soaring popularity of ESG in 2021. New trends affect most market players. Responses are generated at all managerial decision-making levels, as active engagement becomes not merely a development driver, but the key to survival in a competitive market. The economy and the society are changing – and fast!

What megatrend will come next and “take off”, say, in 2023? It may well be prolongation of human life, especially work life. The quest for a longer and more productive life, to paraphrase. Biotechnologies will become the new deus ex machina backed up by materials science and robotics.

Why can it happen?

The year of 2021 demonstrated, in a strikingly graphic fashion, that human resources are an essential prerequisite of economic progress. Without people, no country in the world, however advanced, can support economic growth, assure sustainable development, and – over the longer term, remain safe and secure. With the world economy rapidly recovering while international travel restrictions remain in place, the problem of shortage of labour resources in the world's largest economies looms large as those economies are emerging from the pandemic. In the U.S., the number of open vacancies increased by almost 64% from December 2019 to October 2021, and exceeded 11 million (US Bureau of Labor Statistics data). The U.S. Job Openings Rate (the number of job openings divided by the sum of employment and job openings) has been fluctuating around 7% since July 2021. Before the pandemic, it was about 4.5%, with the previous all-time-high for the 21st century recorded at 4.8% at the end of 2018. In the Eurozone, the problem of shortage of labour resources was not as acute as in the U.S., but even there the Job Openings Rate in Industry, Construction and Services at the end of Q3 2021 reached the highest level since 2006 at 2.5% (Eurostat data).

In Russia, an emerging economy, several sectors are facing that problem as well: shortage of labour resources is one of the main reasons why Muscovites are buying apartments at prices that are 40% higher than two years ago, and paying 60% more for a taxi ride. In the years ahead, the growing scarcity of labour may be most acutely felt in countries with ageing population, and there is every reason to believe that the problem will exacerbate even further in the 2020s. It has been recognised at the highest political level. On 23 December 2021, during his annual press-conference, the Russian President, while presenting "saving people" as one of Russia's main tasks, stressed that scarcity of labour was the key development constraint.

Structurally, there are several ways to increase workforce.

The second way is migration. Encouraging migration of qualified personnel through application of scoring systems could provide partial relief and will probably become more widespread over the next 10 to 20 years. Migration of unskilled workers is also important as it helps meet labour needs in the agricultural and construction sectors. However, labour migration is hampered by worldwide deglobalisation and by hostile public sentiment – public sentiment toward mass migration in most developed and emerging countries is currently rather inimical. In other words, at this time large-scale mass migration is politically unacceptable.

The third way is to improve productivity and automate technological processes. Automation and robotisation (a specific variety of automation) provide a practical solution that can be used to make up for the losses caused by scarcity of labour. However, its implementation will take a long time, and it may be not enough to fully close the gap.

What alternatives are there? Well, here we come to the next big thing. It is quite possible that soon the world community will be discussing it in the same way as it discussed ESG in 2021. Imagine that the average life expectancy increases dramatically, and so does the active employment period. It may be tantamount to a 30–50% growth of labour resources in the economy without migration or any domestic birth rate upsurge. Longer lives and longer work life would potentially resolve the issue labor shortage and boost growth.

So what can be done to enable people to live until they are 100, and work until they are 75? Biotech and several other fields, most importantly robotics and new materials, are key. A breakthrough in biotechnologies combined with development of robotics and new materials science may well lay the foundation for the global economy of the future. A longer and more productive life is not only precious a priori, it also provides a systemic way to eliminate shortage of labour resources – a problem that is becoming more and more pressing for the governments of countries with high and medium per capita incomes.

The year of 2020 became a game-changer for biotech IPOs. The number of biotech companies going public was 77% higher than in 2019 (according to BDO). In 2020, 100 companies were added to the NASDAQ Biotech Index basket vs. 40 the year before. Naturally, the need to design COVID-19 vaccines was one of the factors that spurred that explosive growth in 2020. In 2021, investors showed somewhat less interest in the biotech sector, but NASDAQ Biotech Index retained its upward trajectory. The sector began to attract different types of investors. Since 2019 private equity funds – which had previously been quite unwilling to look at drug development prospects and costs – turned into major biotech players. KKR and Blackstone channelled sizeable investment capital into biotech companies. Tech giants – Google and Samsung – followed suit.

Development of drugs to treat life-threatening and ageing-associated diseases is one of the main biotech target areas. Genome editing, genetic therapy, and development of biological medicine are the most effective ways to rejuvenate people and extend their life spans. Biotechnologies can improve the quality of medical treatment and decelerate the ageing process. Improvement of human capital may, in turn, extend duration of active employment.

Development of biotechnologies is closely linked to the development of materials science, robotics, nanotechnologies, and machine learning. The latest research has produced cutting-edge technologies, including breath sensors for health monitoring, nanofluidics, identification of molecular mechanisms behind human ageing through cellular DNA sequencing, and using machine learning to find efficient antibiotics. Notable success stories include creation of artificial organs for transplantation, nanobots capable of performing surgery in human bodies, and many other things. Due to the expansion of biomedical research, including genetic research, it is now possible to help patients suffering from rare diseases, develop alternatives to antibiotic treatments, etc. On the other hand, some ground-breaking innovations are curtailed by ethical issues related to eugenics and growing inequality. The question of who wins and who loses with each bioengineering achievement is becoming increasingly relevant. Besides, there is a risk of unauthorised disclosure and bad-faith utilisation of confidential human genetic information.

The transformation process will undoubtedly be accompanied by disruptions typical for all evolving technologies. Failed clinical trials may, in addition to investment losses, produce biological and chemical materials that may be hazardous to human beings and the environment. The world community will need to design administrative rules and regulations that assure a balance between ethics, scientific and technical progress, and safety. Accordingly, we should proceed based on the assumption that – just like it was with digital technologies and ESG – development of biotechnologies will cause a massive overhaul of the regulatory framework, and require international solutions. Global negotiations similar to the recent Glasgow climate summit will need to be arranged to deal with those issues.

Every couple of years the world loses its mind over a new theme. These ‘waves’ are not merely hype as they are underpinned by a structural economic and social transformation. Digitisation was the global hit in 2019. ESG and climate – in 2021. What megatrend will come next? I believe that – maybe not in 2023, but definitely before the end of the 2020s – it will be the technological, economic and regulatory changes that extend human life and make it more productive.